After much research, I have well-documented the fact that smuggler tunnels do truly exist under Newburyport.       While the Looney-Tune* Historians who heavily rely on documents can’t figure out why there are no anecdotal mention of them; the evidence is over-whelming from just after the French and Indian Wars to the War of 1812 that smuggling most certainly did exist and that the tunnels played an important role in our city and the nation’s history.

The problem always ends up, when it comes to archeological evidence, of the absence of the actual tunnels in photography and in just plain physical measurements.

This problem continues to this day for one simple fact:  these tunnels entrances are often in the basement of private residences.

Private homeowners do not enjoy the fact that a highly glamorous and highly public display of our romantic past is down there next to some old Beatles’ LP’s and boxes of personal items.      No one relishes having their houses gawked at, and the most adventurous rifling through to examine these ‘tunnel entrances’.        So, the entrances just sit in the dark.

On my part, the best bet in the meantime would be to locate the exit that runs out near the Oak Hill Cemetery.       But where is the exit?     And looming just nearby or perhaps is even there in their midst; are the memorial stones.           Law-enforcement, and even our society take a pretty dim view of anyone even ‘thinking’ of disturbing the ground.

And of course, we have the detractors who mock and ridicule those who claim that such passageways even exist; or at the very least mis-identified.

It can drive you mad with frustration.

But happily, the recent events in our neighbor to the south, Salem, has come to rescue my sanity!

Roughly three-miles of tunnels have been uncovered.

Not only do they exist, they answer a lot of questions that have been made by skeptics over the years.       How did they finance such a massive project?        How did they hide the fact of all that digging going on right under the noses of the town’s citizens?      What did they do with all that dirt displaced?       And finally, who authorized their construction?

Though uncovered in different parts of the city, Our old neighbor is having the same problems with documentation.     The local residents refuse to have tourists tromping through their basements and have clammed up tight as a Cherry Clam!

Fortunately, from what has been learned from research and on-site discoveries; the evidence has been put into a very entertaining historic tour that is now run every summer. 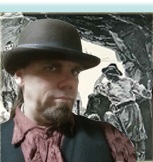 Salem Tunnel Tours (http://salemtunneltour.com/) is a combination of highlighting the Smugglers and exposing the Tunnels they spawned.          And more importantly, the tour guide, Christopher Jon Luc Dowgin, has produced two books that reveal what has been found out already: Salem Secret Underground: The History of the Tunnels in the City, and the followup as more information has been uncovered, Sub Rosa.

I plan on taking the tours and will read the books as I hope it provides more clues where our tunnels enter and exit.    I encourage anyone else, especially those skeptics at the Hist, and those who are tunnel enthusiast to take the tour.        It will inspire those who do; and it may, with much persuasion, fill those who have entrances in the basements of their homes much guilt which will motivate them, perhaps to let me see and photograph these gateways.

After these many years, the tunnels will hardly be in good condition; and their primary purpose was certainly not to highlight architecture; but we need to know where they are! 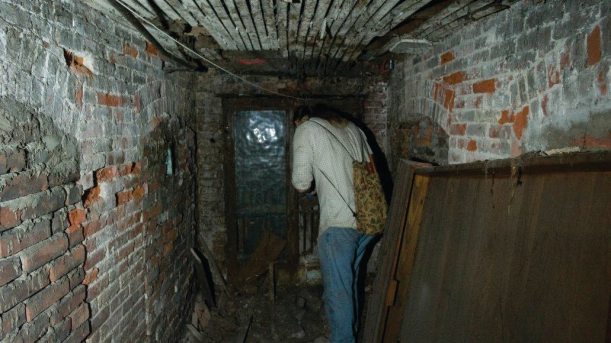 * Looney-Tunes had flashing neon-signs indicating “Hide-out” where the gangsters were holed up.      Looney-Tunes would have “Smuggler’s Tunnel Entrance” flashing with animated stars on the borders, near the cemetery.    Then it would be easy to find!

4 Responses to Tunnels – We’re Not Alone